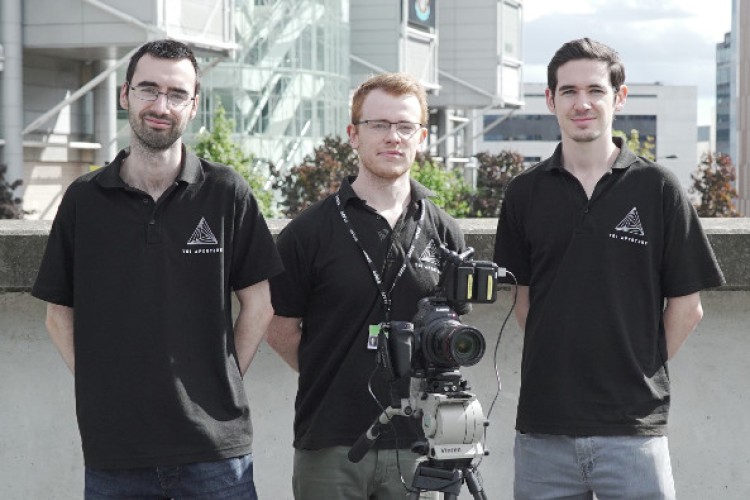 Tri-Aperture Productions are a video production company established in 2015, specialising in promotional videos, TV adverts and documentaries. James, Andrew and Austin together possess a wide range of experience as filmmakers and use this experience to create high quality content in any promotional video. The company in 2016 added a 4K aerial drone to their inventory to increase their profile regionally by offering a service to film locations from the air with high quality video. The company are based in Sunderland but operate throughout the North East and wider areas and recently produced an exclusive documentary on the creation and unveiling of the Alan Shearer statue situated outside St James’ Park, Newcastle. In June 2017, Tri-Aperture were listed as one of the top 3 videographers in Sunderland through www.threebestrated.co.uk.

James from Tri-Aperture said: “Moving to the office at Hope Street Xchange has helped our company grow due to giving us a place to plan film shoots and edit our productions efficiently. The access to business support and their knowledge and advice has massively helped us as we move forward in business and the building itself is brilliant and allows for networking opportunities between tenants.”

Get in touch with the guys here.